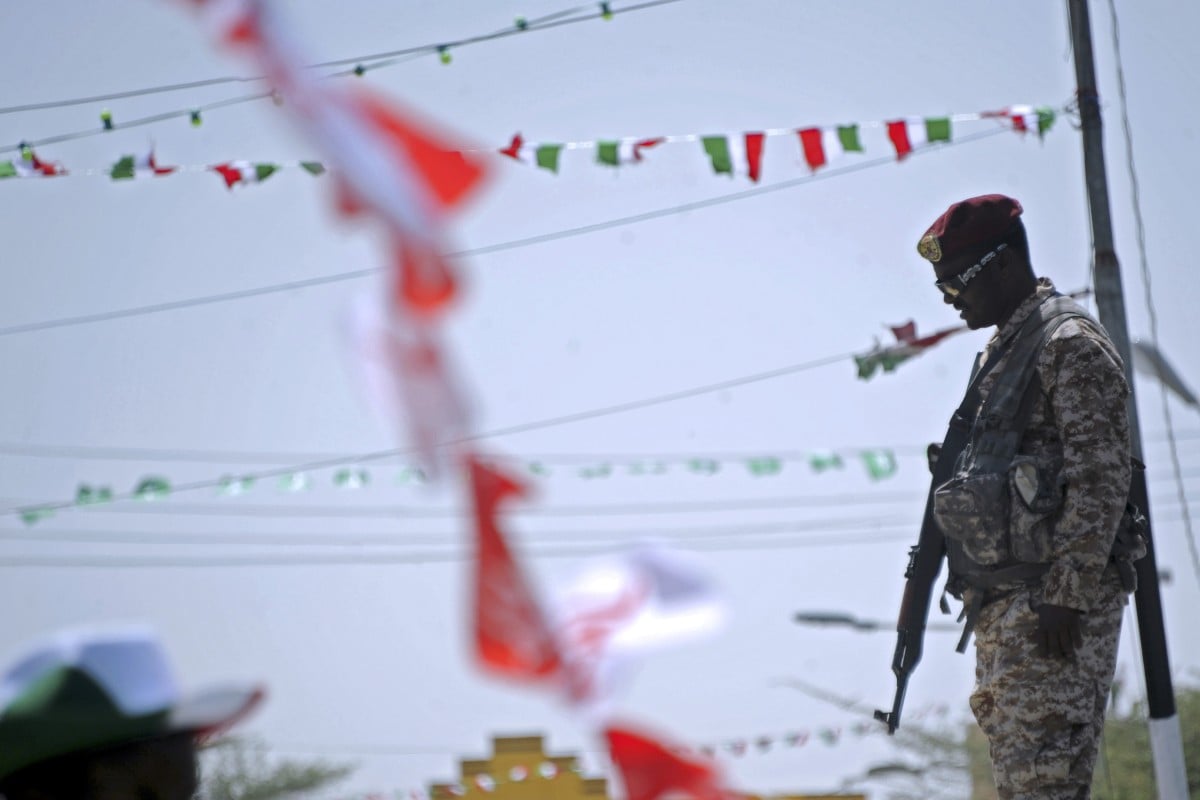 “Somaliland, I think this is the beginning of a beautiful friendship.”

The allusion to the closing scene of the Hollywood classic Casablanca, came in a tweet earlier this month from Taiwanese government spokeswoman Kolas Yotaka discussing the burgeoning relationship between the two largely unrecognised states.

In July the two governments announced that they had signed a treaty earlier in the year to establish representative offices in each others’ capitals.

The move marked a breakthrough for two self-governing democracies that are largely unrecognised by the rest of the world.

as Beijing moves to choke off its diplomatic space, while Somaliland, which declared independence in 1991 in the middle of Somalia’s civil war, is not recognised by any country.

Diplomatic observers expect China to continue to court Somaliland – which is located next to
Djibouti, where China has a military base
Alexander Huang Chieh-cheng, a professor of international relations and strategic studies at Taipei’s Tamkang University, said, a representative office there would boost Taiwan’s limited presence in Africa and could potentially house a military attaché.

“Over the past few years, many countries have grown more suspicious of ties with China and Chinese investments, which does give Taiwan more space to manoeuvre,” Huang, also former deputy minister on Taiwan’s Mainland Affairs Council, said.

“However, that space is also limited because ultimately it depends on how much that country relies on China.
“Even if the US backs Taiwan more, the determining factor for how many allies Taiwan can keep depends on how much money and effort Beijing wants to spend to lure countries away from Taiwan.”
Taiwan’s Foreign Minister Joseph Wu and his counterpart from Somaliland, Yasin Hagi Mohamoud signed a deal to set up representative offices earlier this year. Photo: AP

The diplomatic battle between Beijing and Taipei has intensified in recent years, as official exchanges have frozen over Beijing’s unwillingness to engage with ’s independence-leaning administration.

Taiwan has accused Beijing of using “dollar diplomacy” to woo Taiwan’s remaining allies – including through big-ticket infrastructure funding – that has left the island with eSwatini as its only official ally in Africa.

Beijing has criticised the new friendship with Somaliland, asserting that Taiwan was part of China and noting Somalia’s complaints that Taiwan was undermining its sovereignty.

The US National Security Council (NSC) also responded by tweeting that it was “great to see Taiwan stepping up its engagement in East Africa”.

Since the announcement of informal ties, Taipei and Beijing have both made overtures to Somaliland.

“The fact ‘sovereignty [and] friendship aren’t for sale’ deserves international recognition,” he wrote.

One day before Hagi’s arrival on August 8, Somaliland’s President Muse Bihi Abdi met with a high-level Chinese delegation – led by Zhou Yuxiao, ambassador to the Forum on China-African Cooperation Affairs – to discuss economic cooperation and trade. 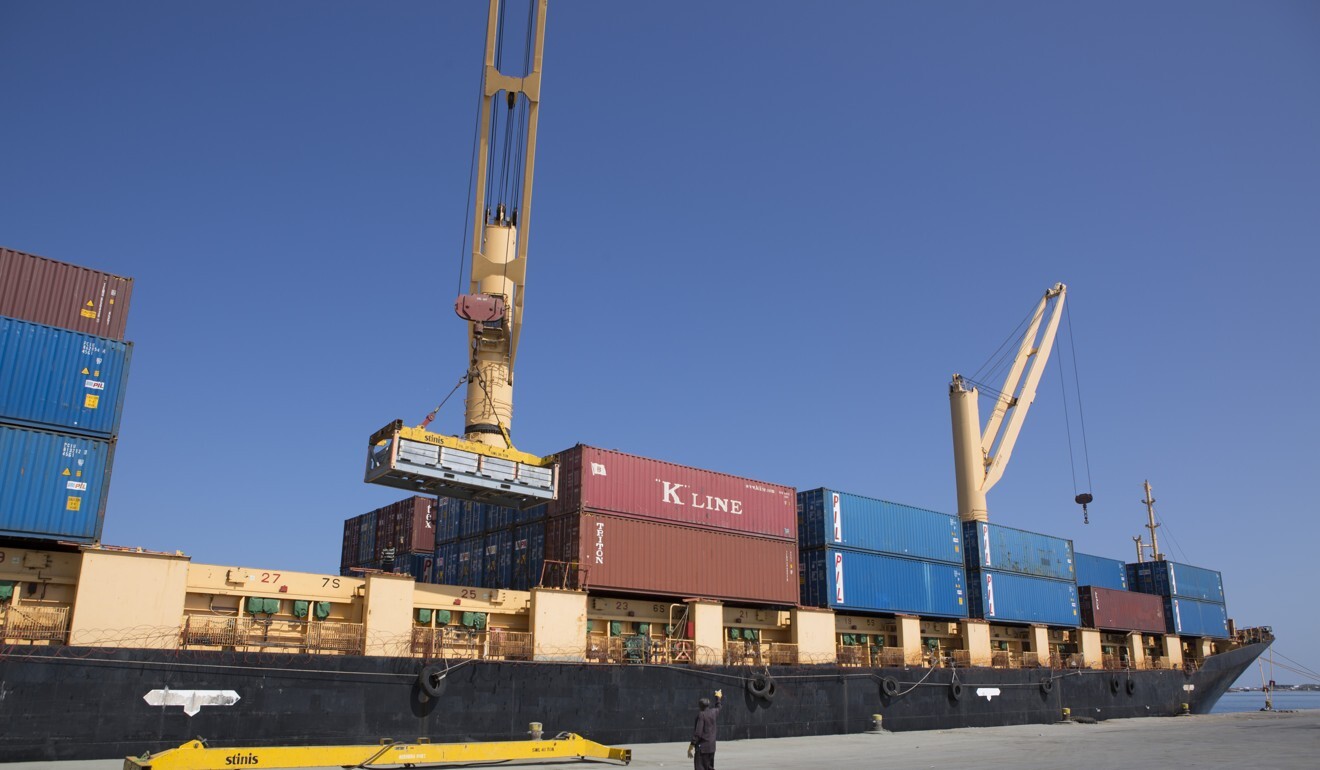 A cargo ship in the Port of Berbera in Somaliland. Photo: AFP

Earlier, local media in Somaliland reported that China’s ambassador to Somalia, Qin Jian, has travelled to the Somaliland capital of Hargeisa on August 1, his third trip there this year.

Qin reportedly offered a development package to Somaliland – including road and airport infrastructure and the opening of a representative office in Hargeisa – to prevent closer ties with Taiwan, an offer Bihi rejected.

Omar Mahmood, a senior analyst on Somalia at the International Crisis Group, said Somaliland had gained an international stage to “pursue its independence ambitions via Taiwan”, while also gaining attention from China, which had previously ignored it.

“This is a bit of a risky game for Somaliland, though, as it follows a pattern of their external engagements revolving primarily around the competitive interests of other countries,” he said.

“But thus far, Somaliland has done a good job balancing these competing ambitions, and leveraging them to their advantage.”

Welcome to limbo: Somaliland, country that never was 19 Oct 2016

According to the Somaliland Chronicle, Bihi had asked advisers to explore official diplomatic recognition between Taiwan and Somaliland.

He also asked them to examine whether Somaliland could benefit from the TAIPEI Act, a US law passed in March as a show of Washington’s support for Taiwan.

Qin declined a request for an interview, and Bihi’s office did not respond to requests for comment.

Mainland Chinese analysts dismissed the importance of Taiwan’s ties with Somaliland, arguing it was less important than its relationship with the Vatican – Taiwan’s last ally in Europe – and the United States.

“Of course we oppose Taiwan seeking any sort of international recognition as an independent country, but the significance of forming ties with Somaliland is very limited.”

Najah Adam, a Somaliland-based commentator on Horn of Africa affairs, said Somaliland turned towards Taiwan after trying and failing to establish low-grade diplomatic relations with China for the last 20 years.

He said Beijing would continue to pressure Somaliland to treat Taiwan as a business partner rather than a political one.

“The competition between Beijing and Taipei will intensify in the region, and Somaliland will serve the battleground,” he said. “Somaliland wants to project its image as a reliable partner; therefore, it is very unlikely to succumb to the diplomatic pressure of the Chinese government.”

But Michael Rubin, a specialist on the Horn of Africa at the Washington-based think tank American Enterprise Institute, said Beijing had misplayed its hand, given its strong alignment with Somali president Mohamed Abdullahi Farmaajo, who had sought to undermine Somaliland’s sovereignty “at every opportunity”.

He continued: “Beijing worked closely with Farmajo, striking deals with him on items like fisheries that, in theory, covered not only Somali-controlled waters but Somaliland’s as well. That pushed Somaliland’s back against the wall and forced them to turn toward Taiwan.

“There is always going to be an element of distrust in Somaliland because of how invested China has become with Mogadishu.”

Rubin, a former Pentagon official, continued: “Frankly, the only thing which will convince Somaliland to change its posture under President Bihi or any successor would be full Chinese recognition of Somaliland.”