People’s Party of Somalia congratulates elected Muslim congresswomen in US 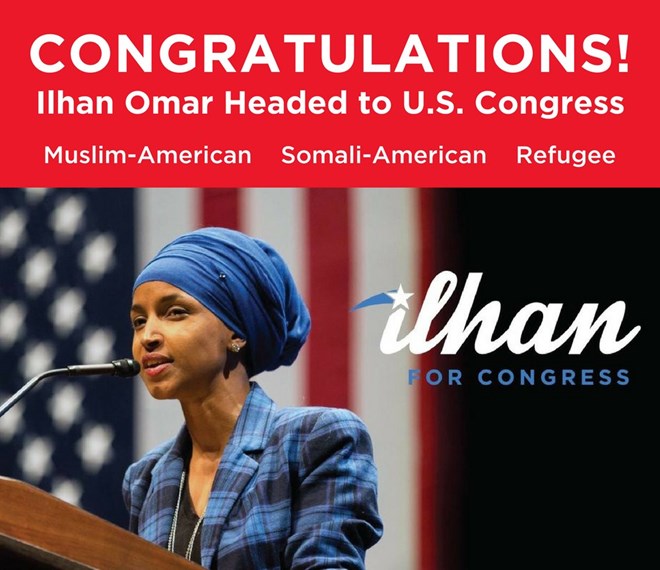 Interim Chairman of People’s Party wishes success to Ilhan Omar and Rashida Tlaib, the first 2 Muslim women to be elected to US Congress.

“Congratulations to Ilhan Omar and Rashida Tlaib for being elected to the U.S. Congress. This is a great achievement for Muslim Americans,” Ahmed Nuur Arlaadi posted on Twitter.

Minnesota’s Omar and Michigan’s Tlaib both made history Tuesday by winning their elections and becoming the first Muslim congresswomen to be elected to the U.S. Congress.