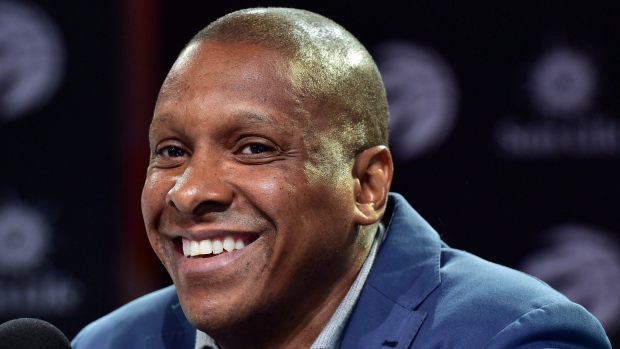 TORONTO – Masai Ujiri is taking his Giants of Africa camps to six countries in August.

The Toronto Raptors president announced Tuesday that the camp, dedicated to supporting the growth of basketball in Africa, will host skills camps in Rwanda, Uganda, Kenya, Nigeria, Ivory Coast and Senegal.

“Sport can change the world,” Ujiri said in a release. “Africa must rise and the way we get there is together. One of Giants of Africa’s fundamental mottos is “dream big.” We believe that basketball can be used as a tool to educate and develop youth around the world to accomplish their dreams. In addition to training coaches in each country and building infrastructure, we strive to serve as role models for these kids to learn from and be motivated by hard work.”

Along with skills camps, Giants of Africa will participate in outreach projects in each community– in Rwanda, for example, the team will open a new court.

Ujiri, who founded Giants of Africa 14 years ago, was born in Nigeria and is the first African-born person to become general manager of a major North American sports team.

Since the camps began, more than 100 camp attendees have gone on to attend high school or university in the United States, along with about 20 who play professionally in Europe.