“Toronto police officials said about 40 percent of gang shootings in the city occur in the Toronto neighborhood where Somalis reside”. 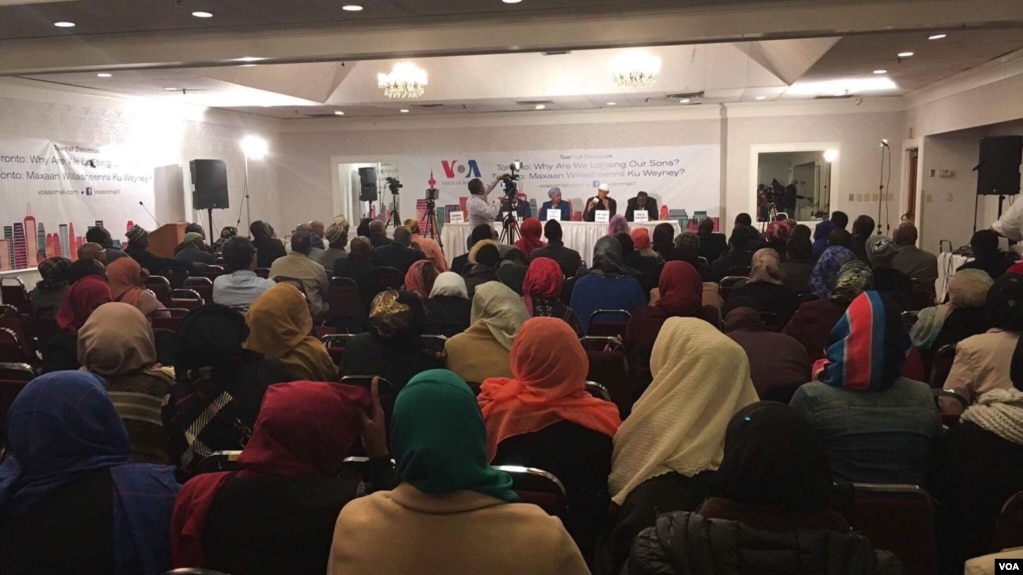 Members of the Somali-Canadian community discuss the issue of gang violence at a recent town hall meeting hosted by VOA’s Somali Service, in Toronto, Canada.

The Somali community that settled in Canada says poverty and a lack of access to jobs and academic opportunities are some of the factors behind deadly gang violence that has taken a toll on its youth.

More than two dozen young Somali men have died in Alberta because of such violence in the past decade, with gang activity spreading to Toronto as well, officials say.

The Somali-Canadian population discussed the issue of gang-related deaths recently at a town hall forum hosted in Toronto by VOA’s Somali Service. In attendance at the town hall were an Islamic preacher, a woman who lost a son to violence, and two people representing youth and parents in the community. More than 200 people attended, including parents, relatives and friends of the victims of gang violence.

In 1991, a large number of Somalis fleeing war in their east African country settled in a group of residential towers in northwest Toronto.