Somalia is the ‘nation of poets.’ Seattle’s Hamda Yusuf is its ‘awkward diaspora daughter.’ 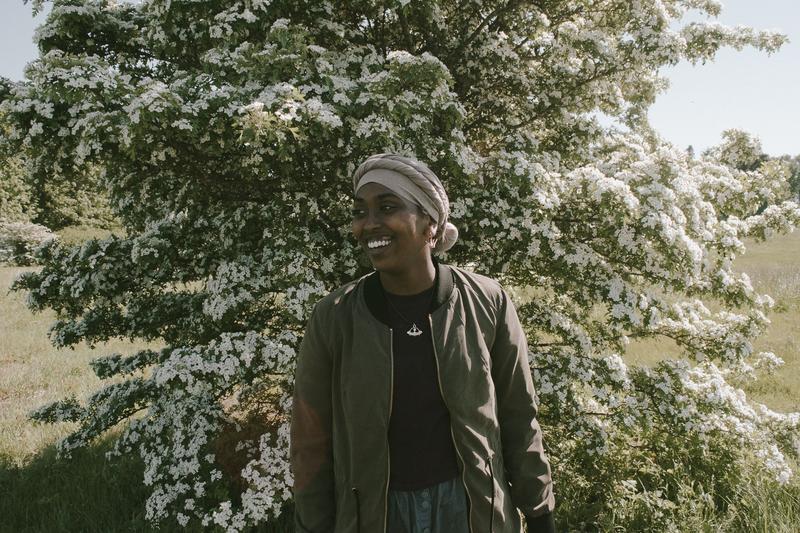 When Hamda Yusuf was growing up in West Seattle, her mom used to recite original poems for her children in the car. “I remember my dad telling me Somalia is the nation of poets and I always knew this to be true… because I know nobody else’s mom is writing them poems.”

Somalia is the ‘nation of poets?’ If you’re not Somali that might surprise you, since if you search for Somalia on the internet, you will quickly learn about civil war and bombings and only rarely about how poetry and art make up a huge part of Somali culture.

Yusuf performs as a slam poet and also writes poetry meant to be read by others. I met her a couple of years ago when I was starting my freshman year at the University of Washington and she was a junior. I always admired her. At UW, a lot of Somali girls pursue science related majors, but Yusuf didn’t, and neither do I.

I invited her to speak about her poetry and how she battles stereotypes while staying true to herself.

If she had to choose a genre to describe her poetry?

“I would call it ‘awkward diaspora daughter poetry.’ Or ‘awkward longings for home.’ I’ll write another piece and be like, wow, just another piece about not fitting in here and wanting to go home.

In high school, she often wrote poems in response to microagressions:

“Those poems were often letters to people that I would never send. That’s not necessarily who I am anymore. If something racist happens now, I’ll write a poem about it, but also I’m going to call you a racist because it was racist.”

Somali poetry is “the kind of poetry that’s not written down:”

On her poem “To the Well-Meaning Seattleite”:

Hamda Yusuf performs her poem “To the Well-Meaning Seattleite.”

Ohmygod. When I listened to Lemonade I remember hearing the words and I immediately was like oh my god, this is Warsan. This is her words, this is her! The night that Lemonade was released, I felt like all Somali girls in the world were partying. We’re like, we made it! It was this feeling of solidarity.

Her advice to people who want to write and perform poetry:

Yusuf lives in Vienna as a Fulbright grantee. She plans to pursue a career in the foreign service. Find her at hamdaiseverywhere.wordpress.com

RadioActive Youth Media is KUOW’s program for youth age 16 to 20ish. Listen to RadioActive stories, subscribe to the RadioActive podcast and stay in touch on Facebookand Twitter.