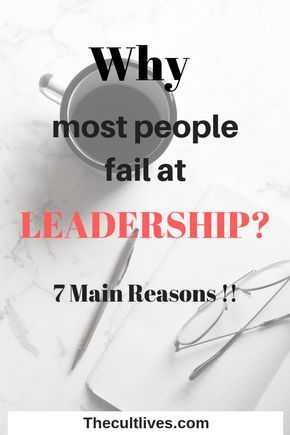 Have you ever noticed why only a hand full of people are leaders, while the other majority of people are either categorized as “boss” or just a “follower”?

There are some people you respect, go for advice and also believe what they tell you?

Why does that happen?

This happens because there are is a very fine line between a boss and a leader.

In order to be a great leader, one needs to have many skills, but the most important one is the ability to motivate, inspire, and deal with people in the right way.

Leadership isn’t about ordering, it is about guiding, and being a figure of authority who is approachable and has open ears at all times.

A great leader isn’t born, he is developed over time.

You don’t suddenly pop out of the womb with every skill to become a fantastic leader of people.

No matter what anyone says, forget the ‘born leader’ title – a great leader makes mistakes and learns from them, a great leader develops skills through rough times and through their own experiences, and a great leader is a genuine, open-minded, and communicative person.

Anyone can be a leader, that’s for sure, but you need to keep the motivation going, and you need to never stop learning.

Many leaders start out great; they have a team around them who are excited about their new direction, everything goes wonderfully in the beginning, but then a slow decline begins.

Productivity begins to drop off, the staff isn’t as happy as before, morale takes a nose dive, and before you know it, nobody really wants to be there and the business is on the decline.

This is the reality of poor leadership.

Let’s talk about it in a bit more detail.

Leaders Fail Because They Become Selfish With Success

A leader is there to guide everyone in the right direction, they are not there to grab all the success and make a name for themselves. A bad leader probably started out on the right path, but then got a little fame hungry.

This is actually more common than you might realize!

Success starts to come as a result of good leadership skills, and then a little voice inside, something akin to Gollum from Lord of the Rings, start to take hold.

Before you know it, that good leader who had the potential to be great has become selfish.

The moment a leader becomes selfish, staff lose all faith in them.

A leader is there to guide and control a team of people, they are not there to take all the spoils for themselves. Rather than guiding and giving advice, rather than acting within a mentoring capacity, they begin to grab all the spoils and trample over anyone to take the glory.

Leaders Fail Because They Lose Sight of Their Role

Not every leader is clear on their role from the beginning.

Of course, at this point, you know that a good leader is there to guide, inspire, mentor, and motivate a team, but not everyone is aware of this, and if they are, they can lose sight of it as the demands of the job take hold.

A leader who loses sight of their reason for being in that role is automatically going to fail.

This can be for many reasons, it can be because of the above mentioned selfish streak, or it can be something totally innocent, such as the demands of a busy and hectic job taking them away from their leadership role itself.

This happens a lot when a business begins to attract success, or perhaps when a big project is on the table.

Suddenly demands from above are too much to deal with, and leading people, listening to those who have issues, becomes a task to put on the back burner.

Leaders Fail Because They Become Arrogant

Sometimes power can go to the head.

A leader is someone in authority, and whilst it totally depends on the size of the business and the position of the leader in terms of how much authority they have, even the tiniest amount can cause some people to go power crazy.

In this situation, you will lose the respect of your team, and when you lose that, there’s no getting it back.

A good leader listens to their team and is open-minded regarding new ideas which are communicated to them.

Failure to do this will certainly end badly.

Leaders Fail Because They Refuse to be Flexible

Whilst there are of course rules and regulations of the workplace that need to be adhered to, a good leader knows when to be flexible and when not to be.

If they instead become too caught up with rules, politics, and how things have to be, then they are going to quickly frustrate team members and lose morale in the workplace.

A good leader places importance on managing their team effectively and providing stellar results, not ticking every single box the way it is supposed to be ticked.

For instance, if a new policy is released by the company, and it really doesn’t allow much bend, of course, you need to abide by it, but you also need to allow your staff to work within that policy flexibly.

You can’t go around giving out strict rules and regulations and expect your staff to be able to perform!

Instead, support your team and allow them to do the great work they have been employed to do, with you guiding them at the helm – this always comes first!

Leaders Fail Because They Can’t Give Constructive Criticism Correctly

Yes, a leader needs to be someone staff can go to for help and guidance, but they also need to be able to give constructive criticism at the right times, and in the right way.

A leader is a person in authority, and that person needs to sometimes deliver harsh words.

The difference between a good leader and one who will certainly fail is an inability to either deliver criticism at all or delivering it in a way which is either too soft or too harsh.

A middle ground is vital, and this is where conflict resolution skills will come in very handy.

Communication is key in leadership, and someone who is unable to communicate in difficult situations is bound to fail from the very start.

Leaders Fail Because They Refuse to Continue Learning

Nobody ever knows it all, and a leader who thinks he does is not going to succeed. A leader with a bright future is someone who will always listen to new ideas, because he can learn something new from them, someone who will try out new technology, someone who will read industry news to find out new information, and someone who is always on the lookout for new training courses to attend.

Basically, a good leader is a sponge, soaking up new information. An inability to do this will lead to failure very quickly indeed.

Leaders Fail Because They Are Bad at Communication

Communication isn’t just speaking face to face with someone, it is about emails, letters, any type of written or digital correspondence, as well as how you talk to people.

By not doing this in the right way, you’re potentially upsetting people without meaning to, which affects morale and respect drastically.

In addition, someone who simply can’t communicate well is not going to thrive in a leadership role.

How can a leader lead a team if he can’t tell them what they need to do?

How are they supposed to offer guidance?

Are your team members mind readers?

No! If you can’t communicate well then you will fail instantly. It’s that simple.

You don’t need a million qualifications to be a good leader, although of course, you need to have the right knowledge and skills pertaining to the industry and business you’re working in.

No, a good leader has people skills and has great key skills. Mastering these will give you the best chance at leadership success, but if you sidestep these, you really are on the slippery slope to extreme failure.

By ignoring the basic needs of your staff you will not thrive as a leader. On the flipside, if you can put your staff first, you will instantly see an uprise in productivity, and that has a direct impact on your business success.

The thriving of the business will then reflect on you, but your team as well, which is the mindset you need to have.

You are not the one in charge who takes all the glory, you are on the one who led the team to success.

Knowing the difference between these two statements really is the crux of good versus bad leadership.

Now, go out there, develop those soft skills and get on with the leadership role!!